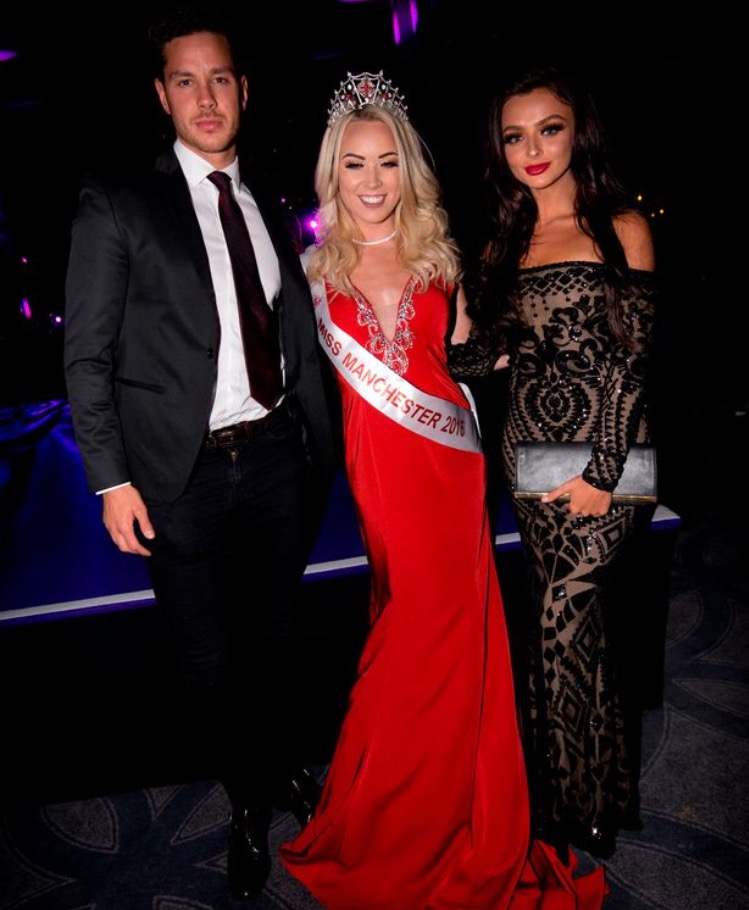 The annual beauty pageant no longer includes a bikini round – instead the girls show off their physical fitness during a bootcamp and sportswear rounds.

The event was hosted by Capital Breakfast duo Rob Ellis and Rachel Burke-Davis and organised by Entertainment Today, and raised money for Capital’s Make a Noise Foundation with a charity raffle and auction on the night.

Zoe Dale, from Chorlton, was crowned the winner after four thrilling rounds, followed by 1st runner up Anjali Puri, 18, from Greater Manchester who plans to study medicine at university next year. Anjali looked amazing in her white sparkly Kiss Me Kate gown along with last years winner Gabrielle Taylor who handed over her Crown wearing our Kiss me Kate red pageant gown.